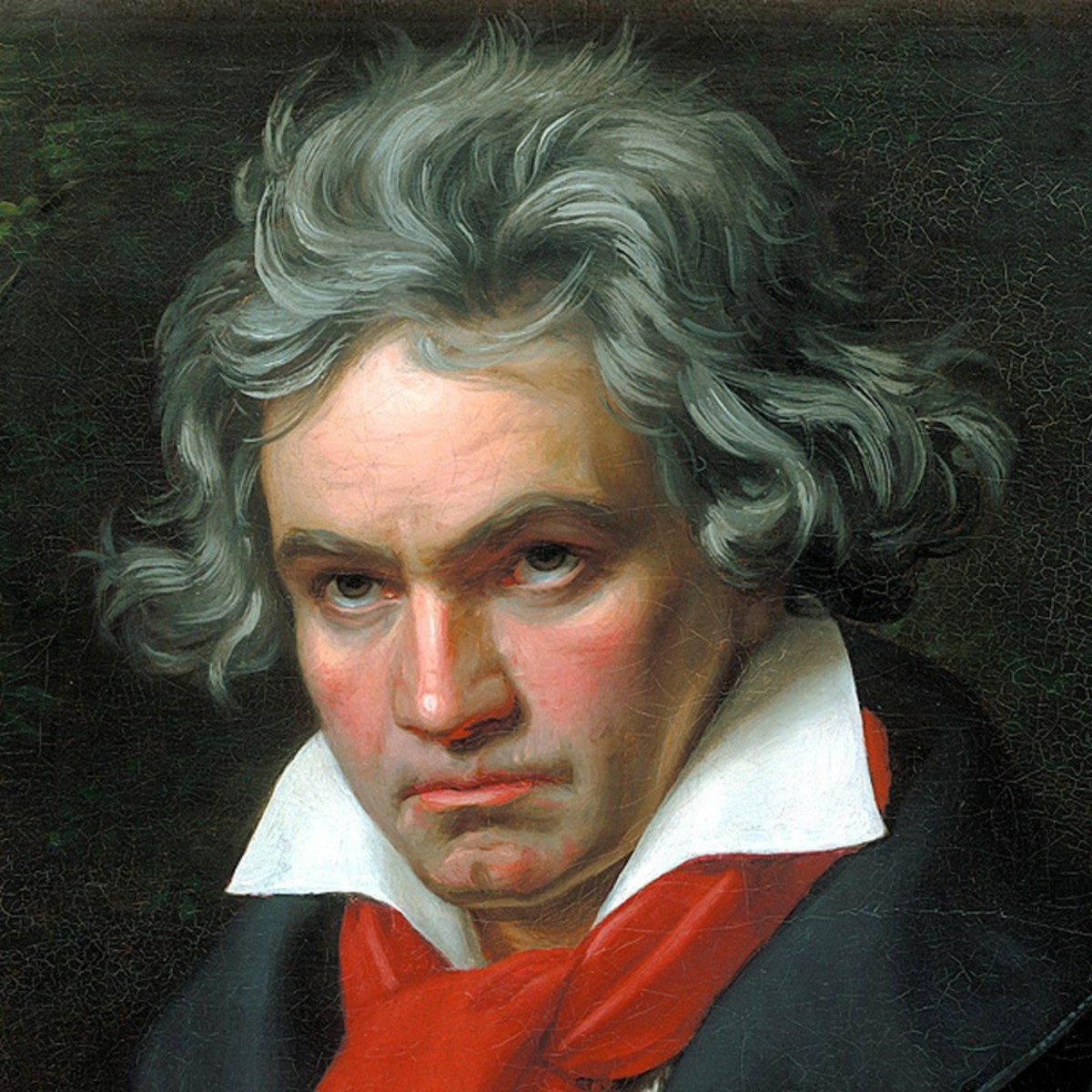 Ludwig van Beethoven was a German composer who lived from 1770- 1827. He is considered one of, if not the most important composer who ever lived. His music has endured centuries and several works are strongly established in our modern pop culture.

In 1798, at the young age of 28 Beethoven began losing his hearing. This was during the height of his career and of the pieces I shared above all were written after his hearing started to go or was completely gone. When his 9th symphony debuted he could not hear the eruption of applause when the audience heard the premier. Can you imagine? Music is your life force and drive to live and you can’t hear. In fact for the last 10 years of his life he was completely deaf. Thankfully for us, Beethoven didn’t let this medical condition stop him. According to Biography.com:

The most famous among these were the haunting Moonlight Sonata, symphonies No. 3-8, the Kreutzer violin sonata and Fidelio, his only opera.

In terms of the astonishing output of superlatively complex, original and beautiful music, this period in Beethoven’s life is unrivaled by any of any other composer in history.”

This week I wanted Martin to learn about Beethoven not only as a composer but as someone who over came a massive hurdle. So we learned about the different ways to experience music. You can see it, feel it, and hear it.

We started with science!

The Magic School Bus, has a wonderful episode and subsequent book all about sound waves. Ms Frizzle and her class go to a sound museum to perform in a music concert. Carlos is building a new instrument but the more he adds to the instrument the cooler it looks but the worse it sounds. By way of bizarre circumstances, fitting for the magic school bus, students end up in a room with giant instruments and magic glasses that let them SEE sound waves! Pretty cool huh?

The students learn that in order for an instrument to make sound it has vibrate!

So after reading the book, Martin and I set out to see if we too could SEE sound. We have a small drum that we used but you can make your own drum by stretching a balloon over an empty can. We took turns playing the drum with a small toy on top, we watched as the bug jumped across the drum.

Next I had Martin hold the sides of the drum while I played and he felt the vibrations. We talked about how the drum is vibrating and what he was feeling was the vibrations or the sound.

Thanks to sound waves we can hear, see and feel music.

Now back to Beethoven, he was the most famous composer in Vienna at the time and he was losing his hearing. People were expecting more new music, so how was he supposed to compose without being able to hear?

One way he over came this, was by sawing the legs off of his piano so that it would sit on the floor and he could FEEL the vibrations as he played!

Beethoven was one amazing human!