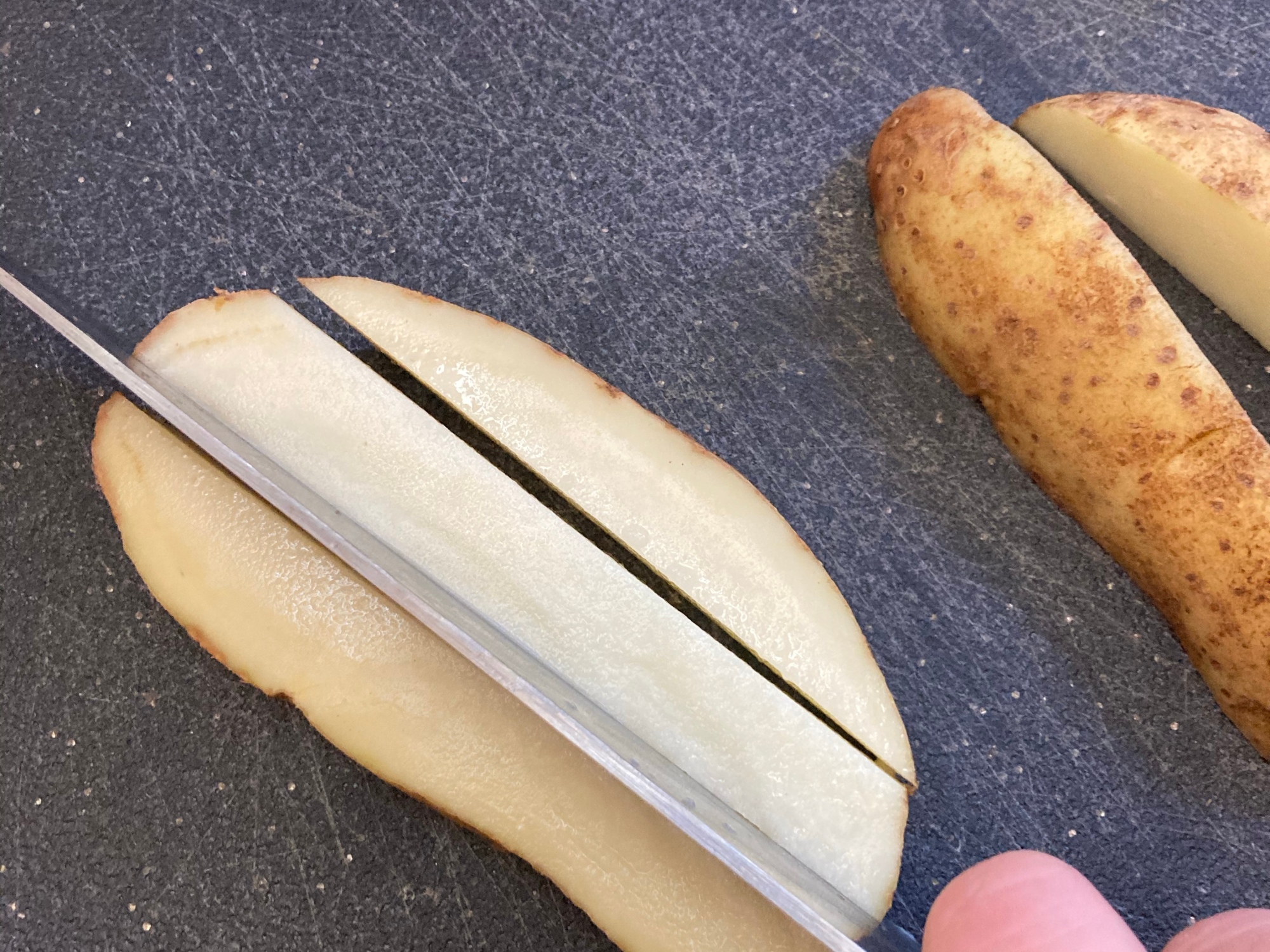 Who’s ready for some carbs?!

Bannock is a fried bread and poutine is french fries smothered in gravy and cheese… oy vay I can feel my arteries clogging just thinking about it.

Let’s throw caution to the wind as we make this weeks Canadian recipes!

Bannock is a fried bread. It is native to Canada and Scotland with one major difference- in Canada it is made with wheat flour where as in the Shetland it is made with oatmeal or barley flour. It is not sweet but made sweet by dipping it in maple syrup or by adding jelly/ butter smothered on top.

This was the recipe in the Global Feast cookbook and if it wasn’t, I’m not sure we would have made it. Fried dough doesn’t sound bad but when you could have a donut… for me? I’d rather have a donut.

These were still tasty and I’m glad we made them, but there was a limited portion that Martin could participate in.

I also didn’t get a picture of the finished product… they were delicious with maple syrup. So here is the picture from the cookbook!

This poor dish is the butt of many jokes and the people who don’t get it (myself included) write this off as a weird dish. My husband saved this one- as he put it “fries with gravy, cheese, and bacon?! How could that not be delicious?”. So Martin and I (mainly I) set out to make poutine.

I followed this recipe:

This clip is from a show called ‘Mind of a Chef’ and I was a big fan and re-watched it several times, so the fan girl in me really wanted to make these fries. It is from chef April Bloomfield and (as always) I vastly underestimated the time needed to make these- not to mention it’s really hard to follow a show when doing a recipe, they leave things out… In the end I soaked the potatoes in water for 45 minutes, boiled them for 45 minutes till ‘fluffy’, then I fried them twice at two different temperatures. They are called ‘thrice cooked chips’ since you cook them three times.

My mother in law has a very delicious and bajillion times easier french fry recipe… the next time we make fries I will be making her’s or buying them frozen. Lesson learned.

The recipe I followed for everything else you can find here: https://www.seasonsandsuppers.ca/authentic-canadian-poutine-recipe/

While the fries where doing whatever they were doing I made the gravy. It was simple and easy to follow. It is beef broth based and a little on the thin side.

Next came the cheese. The recipe I followed went into great detail about the cheese and what to buy if you can’t find cheese curds.

For the best experience, above all, your cheese curds must squeak. Sounds weird, I know, but eat some and you’ll understand.

We had some bacon leftover from breakfast that we added on top for fun and that was it. I built it up in an 8×8 pan, we each took a fork and ate it communal style.

It was tasty but I think this is one that I will happily never make again. I look forward to the day I can order it in a restaurant- now that I know that it is delicious and not weird/ gross like I had initially thought. The more you know 🙂