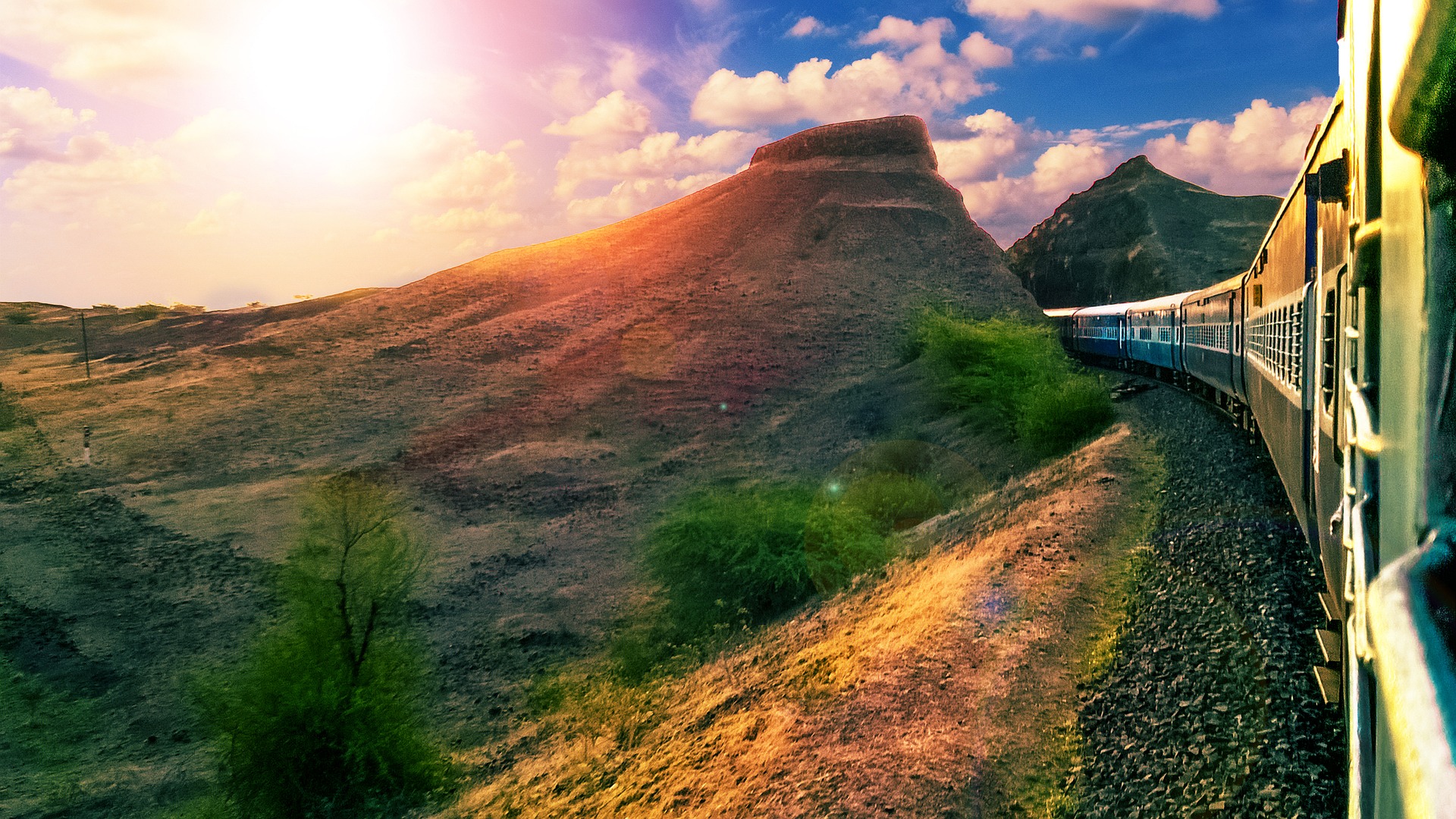 We are heading to one of the most colorful and delicious countries in the world, India! India is located in central Asia with the mighty himalayas to the north and the Bay of Bengal and the Arabian Sea hugging the country on the East and West. Home to the spice capitol of the world, Kerala, and the destination goal for many explorers in the 14th and 15th centuries.

I love India. I love bollywood, I love Indian food, I love the music, I love sarees; as a whole I think India is amazing and I was so excited when Martin picked it as our country this week!

The Indian flag is made up of 3 horizontal stripes: the color of saffron for strength and courage, white for peace and truth, and green for growth and the land. In the center there is a navy blue Dharmachakra, a symbol used in Buddhism.

Start by folding your paper into 3 horizontal sections.

Paint the top an orangy-yellow, keep the center white and the bottom green. Finally paint the Dharmachakra in the center, it should have 24 spokes in the wheel.

Trains are all over India and interestingly, it is the 4th largest railway network in the world. Indian trains are famously crowded, with passengers holding on to the front of the train in some instances in order to literally, ‘catch a ride’. Fun Fact: The first train in India started in 1853 and ran from Bombay and Thane.

There is a board game series that we love called Ticket to Ride, where you are working to connect different cities on a map to gain points. There is a version of the game that has a map of India and it is a lot of fun connecting the country with trains just like the real railways do throughout India.

Martin isn’t quite old enough yet to play Ticket to Ride so we made up our own train game. It started as a line up of stuff animals and imaginative play. Then to Martin trying to hold on to all of his stuffed animals while he sat on a blanket and I pulled him around the room, we stopped at may ‘stations’ and people got on and off our ‘train’. If we had had more kids to participate, we would have lined up our kitchen chairs in a row for a train, the imaginative play potential is endless!